Use negative comments to accentuate the positive 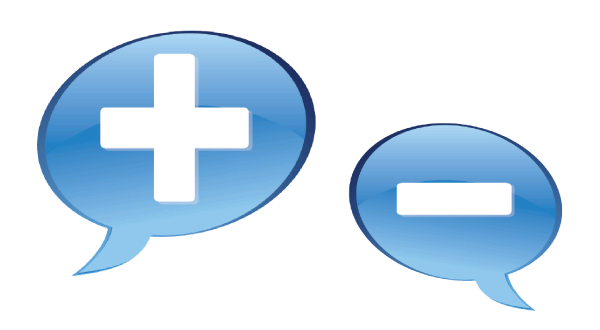 When you position your brand or company on Facebook, Twitter and the like, you’ll be opening yourself up to positive feedback – as well as negative feedback. And that’s okay. Really. It may seem counter-intuitive that negative feedback can actually boost your image, but it’s true.

Of course, you can always have your administrator remove negative comments immediately. However, that would be disingenuous, and visitors to your Facebook or Twitter pages would become suspicious of such a perfectly rosy picture of your company. Think of comments as a way to keep your brand honest. If you follow up and “engage” negative feedback your credibility will remain in tact, often times it’s seen as beneficial to face the adversity head on. In fact, a few negative comments will validate the accolades.

See customer critiques as an opportunity to give instantaneous customer service. Visit the Twitter pages of Zappos and Comcast to see how they do it. They see constructive criticism as not simply beneficial (you pay for user-testing and focus groups right?) but as a way to communicate with the client base on what REALLY matters to them. And if a negative comment does emerge, you will probably also see an army of satisfied customers coming to your defense.