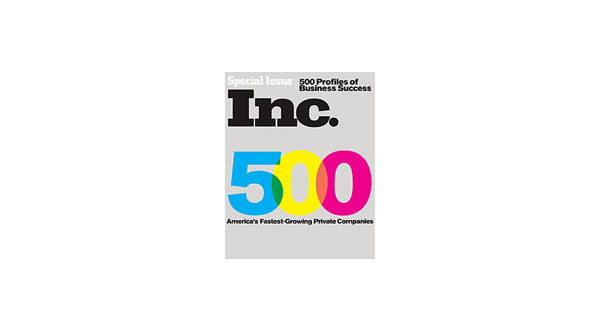 Starmark International, a full service marketing communications agency, has been named to the Inc. 500 ranking of the fastest-growing private companies in the country for the sixth time in the agency’s 25-year history. Starmark ranks #43 on the 2003 Inc. 500 (#3 in the Advertising & Marketing category) with five-year sales growth of 2,929% at a time when the advertising industry overall has been mired in a three-year slump.

According to statistics published in June 2003 by Universal McCann, the global media services operation of McCann-Erickson WorldGroup, total U.S. advertising expenditures fell 6.5% from an all-time high of $247.5 billion in 2000 to $231.3 billion in 2001. The industry saw modest 2.4% growth in 2002.

So notable, in fact, is Starmark’s achievement that the company is the subject of the Introduction article to the 2003 Inc. 500 Special Issue. The article cites Starmark’s return to the Inc. 500 as notable in part because the company was absent from the list for 16 years the longest lapse in Inc. 500 history before making its triumphal return.

The Inc. 500 ranks privately held companies according to sales growth over the past five years. To be eligible for this year’s Inc. 500, companies had to be independent and privately held through their fiscal year 2002, have had at least $200,000 in sales in the base year of 1998, and their 2002 sales had to exceed 2001 sales. Inc. verifies all information using tax forms and financial statements from certified public accountants and by conducting interviews with company officials.

The Inc. 500 Special Issue will appear on newsstands October 14.

The entrepreneurs you’ll find on the Inc. 500 have the type of attitude we need to get this economy moving again, said Inc. editor-in-chief John Koten. For them, a tough market is not an excuse for poor performance, but an opportunity to innovate and rise above the competition.

Inc., the only business magazine dedicated exclusively to owners and managers of fast-growing private companies, delivers real solutions for today’s innovative company builders. It provides hands-on tools and market-tested strategies for managing people, finances, sales, marketing and technology. Inc. is the premier publication that focuses on small-to-medium size businesses, which are responsible for more than half the nation’s gross domestic product and 75% of its new jobs. And Inc. looks beyond work to address the entrepreneurial lifestyle. Inc., a Gruner + Jahr USA publication, inspires and informs, with cutting edge coverage that reflects our readers’ energy, brashness and imagination.