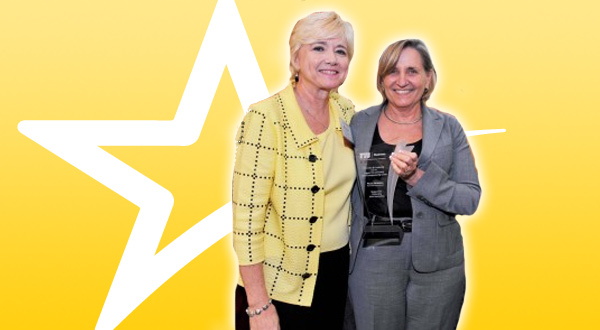 Nordeen was one of 25 women across Florida to receive recognition but the only one to receive two awards. She received an award in the category of Highest Revenue Growth due to the fact that Starmark maintained its revenue during hard economic times — from 2008 to 2010 — and had a minimum of $10 million in revenue in 2010.

‘It’s an honor for Starmark to be recognized for our social responsibility,” said Nordeen. “Ultimately it makes good business sense to give back to the community. It keeps us engaged and current with what is going on in the world and our employees also stand behind our contributions.”

Nordeen, who co-founded Starmark in 1978, has other awards to her credit including South Florida Business Journal’s 2006 Business Woman of the Year/Entrepreneur of the Year. She is also the 2009 Diamond Award recipient for her prowess as a businesswoman and as a community leader in both the civic and philanthropic arenas. Starmark is the third company ever named to the Inc.magazine’s “Inc 500” Fastest Growing Private Companies in America seven times.