Starmark helped the Greater Fort Lauderdale Convention & Visitors Bureau (GFLCVB) create a multi-channel “Powered by GFL” campaign that enticed meeting and group planners to book their next event in the destination.

The Greater Fort Lauderdale / Broward County Convention Center District is undergoing a transformative $1 billion renovation and expansion project. Because the convention center construction is expected to take several years, the GFLCVB Group Sales team needed help laying the foundation and maintaining momentum for a successful opening. Starmark was tasked with implementing a strategic selling plan to secure bookings throughout each phase of development, especially early phases while the convention center is completely closed.

This Campaign is a Go

The Starmark team knew that planning meetings takes a lot of work. In order to attract leads, it was essential for this campaign to reassure meeting planners that GFLCVB had their backs. Thus, the “Powered by Greater Fort Lauderdale” idea was born. Using lively, empowering headlines like “This Meeting is a Go” and showcasing all the cool features of the new convention center energized the entire meeting planning process.

To add even more appeal to meeting in Greater Fort Lauderdale, the team created the “10 Million Reasons to Meet” sales messaging, where GFLCVB planned to give away $10 million in meeting space for events booked during eligible dates at the convention center. The offer was featured in digital banners, in emails, in print and in a two-sided handout meeting planners could read. 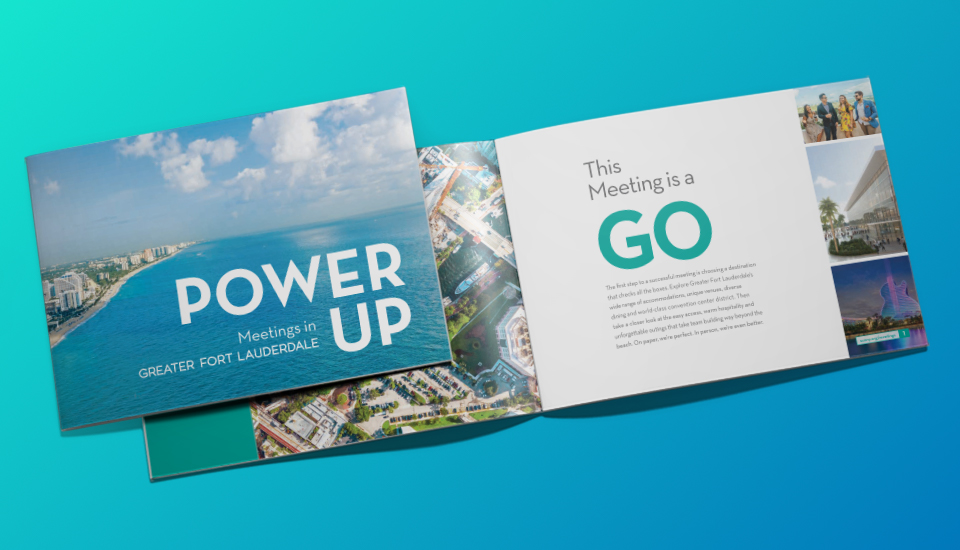 The team wrote, designed and produced a printed meetings guide to accompany the campaign. The booklet gave meetings planners an in-depth look at everything the destination had to offer, from venue listings to team-building activities. Renderings of the new convention center, editorial photography and a bold design brought the text to life. 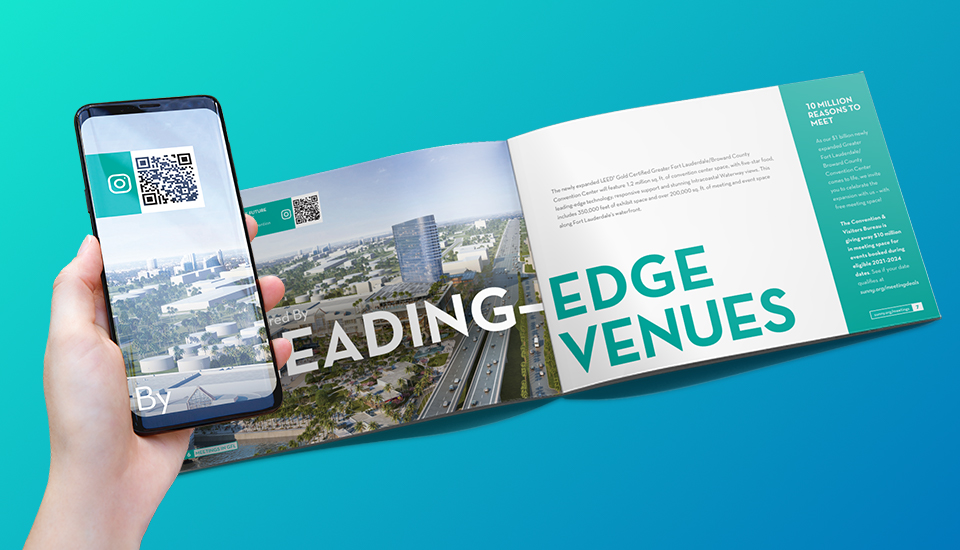 Starmark created an AR portal, giving planners a sneak peek of the convention center expansion. Users could access the portal through Facebook and the printed Meetings Guide via a QR code to transport themselves to the future, and walk into the courtyard of the new convention center.

The team also developed an AR model of the new convention center. This virtual selling tool became a game-changer for future bookings, as it provides prospects with the full experience while the center is closed for construction until a phased reopening begins.

The guide also included a second QR code that gave meeting planners a skyhigh 360° view of the destination in from the heart of the downtown business district in Fort Lauderdale.

A Successful Launch: Powered by Starmark

“With a combination of thought leadership, creativity and technology, Starmark helped Greater Fort Lauderdale launch its meetings initiatives,” noted Starmark President, Jacqui Hartnett. “We are proud to have played a part in its success.”

As of February 2020, a multitude of groups had already been secured after the phase one opening, further cementing Greater Fort Lauderdale as a premier meetings destination for the new decade, and beyond.