On the evening of February 6, 1967, Parker Playhouse opened its doors and raised the curtain on its first production, Neil Simon’s The Odd Couple. Fifty years later, the iconic Fort Lauderdale venue needed to be restored and renovated for the 21st century. The Broward Center called upon a partner that was completely in sync with its goal to build community through the arts.

Motivated by Starmark’s work on the ENCORE! capital campaign which raised more than $60 million to renovate the Broward Center for the Performing Arts in 2014, the Broward Performing Arts Foundation invited Starmark to create a marketing campaign that would capture the exciting transformation to come and launch them toward their $25 million goal.

Working with our client, we came up with ACT II. In the theater, the second act is when things get interesting. In life, a “second act” means a new beginning. Both were true for the Parker. ACT II signified the start of a new era.

We raised the curtain on the ACT II campaign with an original logo, print ads, onsite signage, take-one brochures and a 16-page brochure that told the story of the Parker’s past and future. Each piece was designed to convey the importance of the project and the benefits of giving for all levels of donors.

Much More than a Venue — A Part of the Community.

Looking back, Parker Playhouse had an illustrious first act, each year welcoming more than 100,000 patrons to more than 125 events and serving thousands of students with outstanding educational programming. But at the Parker, it was not simply about the numbers; it was about the deeply personal connection that people had with this beloved theater. ACT II was an idea that the community embraced. Both catchy and meaningful, it caught the imagination of the public while its message could be visually and quickly understood. The team at the Broward Performing Arts Foundation knew how to put our materials to good use. By July 2019, they had raised more than $26.1 million and set a new goal of $30 million for the campaign.

“The success of our campaign, ACT II: Transforming Parker Playhouse, has been very gratifying.”

“The success of our campaign, ACT II: Transforming Parker Playhouse, has been very gratifying,” said Lisa Kitei, president of the Broward Performing Arts Foundation. “We appreciate having a partner like Starmark. Their materials provide the media for our message, and their creativity, understanding and passion for what we do have helped us achieve our goals.” 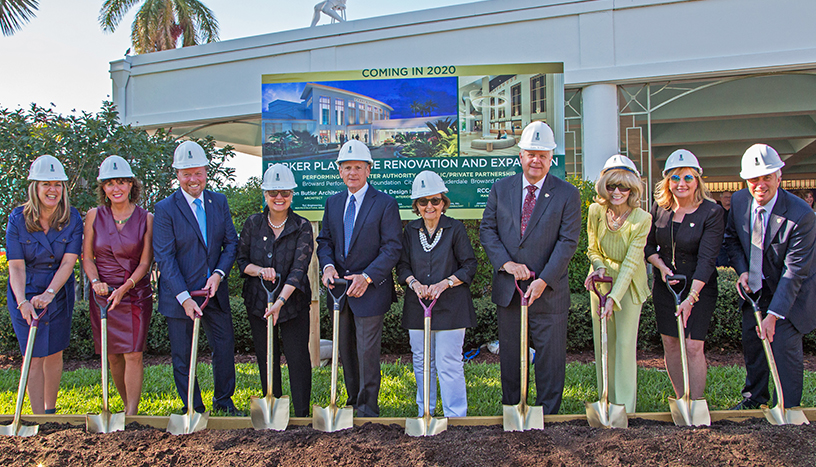